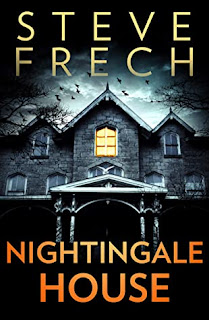 THE NIGHTINGALE HOUSE is the second novel bu y Steve Frech, a page-turner of Horror which riveted this reader, providing characters with whom I empathize, plus a horrendous villain who deserves comeuppance.  The author juggles a number of issues and does so seamlessly.

Posted by The Haunted Reading Room at 2:21 PM No comments: 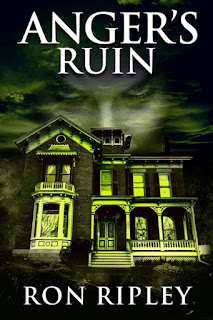 I've been reading this thrilling supernatural series since its inception,  yet each installment seems more compelling even than the proceeding. Now that we've discovered the identity of the "mastermind" plotting to destroy the populace of the tiny but evil-beset community of Anger, New Hampshire [in STREETS OF ANGER, Book 5], we watch as said mastermind's plot ratchets up and as feckless, vulnerable, hero Dan Tate throws up obstacles against the plot to destroy Anger. Fortunately Dan (capable but with the weakness of his children in danger) calls on ghost hunter Shane Ryan, an individual with terribly self-destructive impulses and a literally "stop at nothing " attitude.  Prepare for an uproarious roller coaster ride through unimaginable danger, as this literal battle of good vs. evil intensifies, introducing a  totally terrifying new character in the "collector."

Posted by The Haunted Reading Room at 12:13 PM No comments: 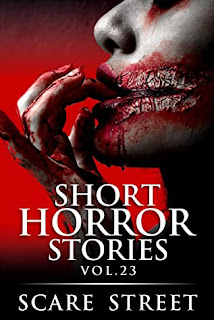 "Love Me Dead" by Sara Clancy: This story is AMAZING!! Ranks with Sara Clancy's best! Where do I begin? There is one line which encapsulates the story for me and blew my mind; but I can't repeat because it's in the Denouement!! If this tale was a novella or novel, that would be fine; there's a lot of issues going on here, including human evil and horror. But to develop it this excitingly as a short story?! Supremo!

"Health and Welfare Check" by Ron Ripley:
An admittedly Lovecraftian approach. A nasty neighbor investigates when the attractive lady next door disappears. His nosiness leads him where he couldn't possibly imagine.

"Making Friends" by Bronson Carey: Extremely unsettling. Gives a new spin to "stalking." [Shudder]. Do NOT read at night or while ALONE!
Posted by The Haunted Reading Room at 1:35 PM No comments: 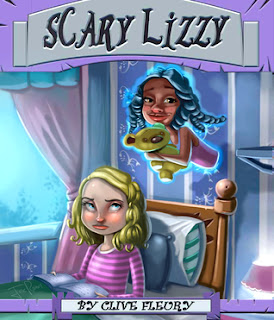 A well-developed plot line and characterizations,  aimed at upper elementary age [the protagonist-narrator is in fourth grade] with clever development of bullying, and friendship, and other important issues such as being a child of divorce,  Mom's dating life, etc. I enjoyed the explication of adolescence as the cusp of being able to see the Other Side. The story is positive and affirming [though I entered into it expecting more a "Bloody Mary" type event] so despite the title,  it isn't really Horror.

Posted by The Haunted Reading Room at 10:45 AM No comments: 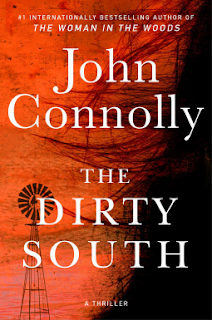 I first found this a surprising geographical choice for this Irish author in this particular series,  usually set in New England or New York City and environs. THE REAPERS, of course,  has a backdrop of Mississippi as Louis' backstory,  but primarily the series is set in New England. THE DIRTY SOUTH, obviously,  is not. Where I expected,  from the title, somewhere in the Deep South (U.S.), instead the story is firmly set in Southern Arkansas; and, like THE REAPERS, a sad, sad, tale it is.

My second thought,  which continued throughout,  was how apropos to the immediate cultural/social/political climate.  Although set, for necessity,  during the Presidency of Arkansas's Favorite Son Bill Clinton,  the backdrop might as well be in 2020, amidst the counterculture protests against police brutality and violence against Black citizens. Yes, victims are black; yes, the murders are horrible [and the Denouement is mind-blowing in its multiple perverseness], but the story is highly character-driven and setting-laden, so that I almost think the victims could have been of any ethnicity,  and the story would be only a little different.

THE DIRTY SOUTH is #18 in the Charlie Parker Series, but in effect it serves as a sort of prequel,  occurring several months after the horribly gruesome murders of Parker's wife Susan and daughter Jennifer,  in Brooklyn.


Posted by The Haunted Reading Room at 11:51 AM No comments:

Review: THE MASK by Tom Coleman 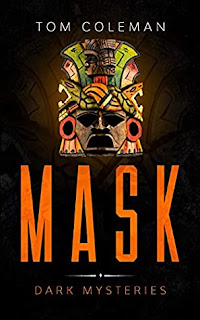 In an economically-deprived, crime-laden, Acapulco,  tomb raiding proves excruciatingly fatal. A mask of odd design and unknown origin, once unearthed, wreaks havoc.
The horror is inescapable,  implacable, and terrifying.

Posted by The Haunted Reading Room at 12:46 PM No comments: 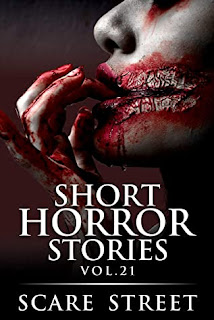 
"Outside Of Town" by Ron Ripley: I wasn't sure at first if I liked the outcome of this story. As I pondered on it, I decided that the portion that concerned me (the abandoned house) actually was pretty seamless, so although the ending did surprise me by its particular specificity,  it fit with the house's own expressed nature [and make no mistake: the House is a Character].

"A Peculiar Song" by Bronson Carey: Unnerving--maximally Unnerving. This tale crept up on me all unawares, then knock-out! The horror is implacable, as the best horror always is. Shudder. Warning: nightmares approaching, fast.

"Scouting" by Ron Ripley: I love the existence of Nature; but I don't trust the Outdoors.  Nor would I ever consider camping. I was only a few paragraphs into this story and I was ready to scream, beg, and plead: "DON'T CAMP THERE!!" I don't camp, but that never prevents the Nightmares....
Posted by The Haunted Reading Room at 5:40 PM No comments: 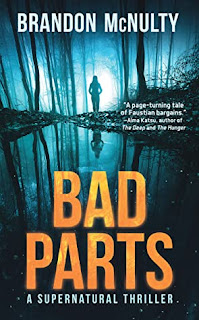 Definitely a unique horror approach.  Until I read this,  my Imagination could not have encompassed such a concept. I've read fiction a time or two about Organ-trading and the black market in human anatomy,  but BAD PARTS is way beyond that--out of this world. Lots of gore and violence, overflowing terror; you really don't want to read this at night.

For me, though, other than this Incredible concept, the best aspect was the characters: the good, the villains, the wolves disguised as sheep, character evolution and devolution.  That's what made the story for me.

Posted by The Haunted Reading Room at 4:35 PM No comments: