Guest Post by Author Aidan Lucid + Review of THE SCAVENGER

Growing up in Ireland, the first time I heard the term, ‘racism’, was as a kid at 13 years of age. We learned about it in history class, reading stories of great men like Martin Luther King. Back then we thought all that disgusting name calling and judging people by their skin colour was a thing of the past, something that only happened in the ‘60s. Boy, was I wrong!

In the past year, we’ve seen it raise its ugly head again with the killing of George Flyod. One has to wonder though, has it ever truly gone away? In Ireland there aren’t as many incidents of racism as in say, England or America, but it’s still here. I’ve heard some horrific stories from victims and one has to wonder, why is this still happening in 2021? Are we not supposed to be evolving as a human race instead of de-volving? Can’t people see that if we’re all equal in God’s eyes, then shouldn’t that be a strong precedence to follow?

Last year during lockdown, this was an issue I decided to incorporate into my novella, The Scavenger. The main character, Jared Duval, a 17 year-old African American, is gay. Most of the people around Jared accept him for who he is. There are some, however, that mock him because of his sexual orientation with slight racial undertones. This is something I wanted to handle with care and make clear to readers that in 2021, abusing people because of their skin colour and being gay is not acceptable and needs to stop. Obviously, I’m not a black person but I do know what it’s like to experience some form of discrimination. As a person with a disability, people look at us differently, as if we’re not human. They seem to have a lower opinion on such individuals instead of treating us like equals, and recognising people for their talents, not for their physical deformities or slight mental deficiencies. I wanted to inject the emotion one feels when they experience such cruel abuse into my novella. Jared does have help in his friends and overcomes the taunting and racial discrimination.

Yes, there have been improvements over the decades and racial equality has been made a priority in a lot of countries. Some people, however, didn’t get the memo, continuing to spew out such hateful bile. Maybe some day in the not-so-distant future, we will evolve as a species. Racism will be a thing of the past and man will treat his fellow man with the respect that they deserve. One can only dream that this will happen anyway.

Authors Bio: Since 2004, Aidan Lucid’s work has been published in national and international magazines, as well as various poetry anthologies. For a period of nine months in 2007, he was a film reviewer for the award-winning Irish newspaper, The Kerryman. From 2009 to 2017, Aidan was an assistant editor for Bewildering Stories e-zine. Lucid began critiquing novels and short stories in 2018 and continues to do so. In October 2019, his debut YA fantasy novel, The Lost Son, was released.

Get your spooky on with a heart-wrenching tale of three fast friends, all of whom suffer tremendously in their personal lives, including domestic issues. Jared, Jessica, and Aidan at least have each other.  When they unintentionally are deceived into wishing on an abandoned rural well, the three awaken evil and are immediately plagued by the ghost of an evil racist, violent in life and in death. But the evil doesn't stop there!

Posted by The Haunted Reading Room at 4:14 PM No comments: 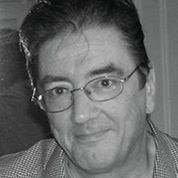 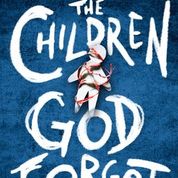 Review: 5 Stars
I've been a fan of Graham Masterton for decades and am delighted at this continuation of the intriguing police partnership of London police officers Detective Sergeant Jamila Patel and the rougher-quality Detective Constable Jerry Pardoe, first paired in GHOST VIRUS [2018]. Although the two officers are assigned to different stations,  they share a reputation as capable of deciphering "the weird," and the current set of tragedies can't get much more weird. Say goodbye to practicality and logic. This is Weird,  this is Supernatural, this is seriously over-the-top.
Strong Caution: The Horror contained here is Extreme,  including a substantial amount of Body Horror. Much of the violence is perpetrated on women and girls,  who are targeted due to the functions of the human reproductive system. Violence is also perpetrated against males, and there are references to prior episodes of violence against women and men, and to child fatalities.  Abortion is a significant issue here as are congenital birth defects, stillbirth and miscarriage,  and thalidomide.  So sensitive readers,  be aware.

Posted by The Haunted Reading Room at 10:56 AM No comments:

I READ HORROR YEAR ROUND READATHON 2021 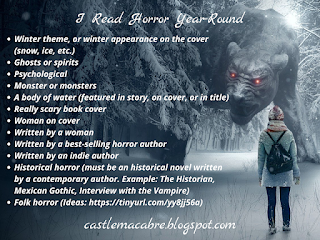 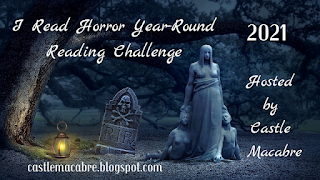 Watch my Progress at:

Posted by The Haunted Reading Room at 7:24 PM No comments: