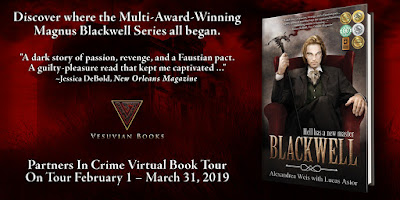 by Alexandrea Weis with Lucas Astor 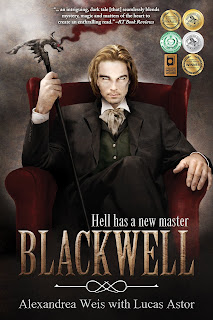 "… an intriguing, dark tale complete with vividly drawn characters, and a uniquely compelling character in Magnus … seamlessly blends mystery, magic and matters of the heart to create an enthralling read. Readers will be engaged from the start of the story to its climactic ending." ~Melanie Bates, RT Book Reviews "A dark story of passion and revenge … A guilty-pleasure read that kept me captivated knowing something sinister is looming in the plot and over the characters." ~New Orleans Magazine In the late 1800s, handsome, wealthy New Englander, Magnus Blackwell, is the envy of all. When Magnus meets Jacob O'Connor–a Harvard student from the working class–an unlikely friendship is forged. But their close bond is soon challenged by a captivating woman; a woman Magnus wants, but Jacob gets. Devastated, Magnus seeks solace in a trip to New Orleans. After a chance meeting with Oscar Wilde, he becomes immersed in a world of depravity and brutality, inevitably becoming the inspiration for Dorian Gray. Armed with the forbidden magic of voodoo, he sets his sights on winning back the woman Jacob stole from him. Amid the trappings of Victorian society, two men, bent on revenge, will lay the foundation for a curse that will forever alter their destinies.

“We all saw different spirits,” Emily surmised. “How is that possible?” Katie rose from Jacob’s side. “We each saw the person we wanted to see. The person we felt most connected to on the other side.” She came around the table to Magnus, grinning like a proud peacock. “Do you still doubt my abilities?” “No.” Magnus blew out a long breath. “I think we should not do this again, though. I got the impression what happened tonight may be only the beginning.” “The beginning of what?” Emily pestered. Magnus straightened his coat as he turned for the door. “Something very dangerous.” *** Excerpt from Blackwell by Alexandrea Weis with Lucas Astor. Copyright © 2017 by Alexandrea Weis. Reproduced with permission from Alexandrea Weis. All rights reserved. 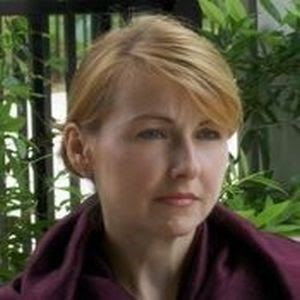 Alexandrea Weis, RN-CS, CRRN, ONC, PhD, is a multi-award-winning author of over twenty-seven novels, a screenwriter, ICU Nurse, and historian who was born and raised in the French Quarter of New Orleans. Having grown up in the motion picture industry as the daughter of a director, she learned to tell stories from a different perspective and began writing at the age of eight. Infusing the rich tapestry of her hometown into her novels, she believes that creating vivid characters makes a story moving and memorable. A permitted/certified wildlife rehabber with the Louisiana Wildlife and Fisheries, Weis rescues orphaned and injured animals. She lives with her husband and pets in New Orleans. Weis writes mysteries, suspense, thrillers, horror, crime fiction, action, historical, and romance. She is a member of the Horror Writers Association and the International Thriller Writers Association. Lucas Astor is from New York, has resided in Central America and the Middle East, and traveled through Europe. He lives a very private, virtually reclusive lifestyle, preferring to spend time with a close-knit group of friends than be in the spotlight. He is an author and poet with a penchant for telling stories that delve into the dark side of the human psyche. He likes to explore the evil that exists, not just in the world, but right next door behind a smiling face. 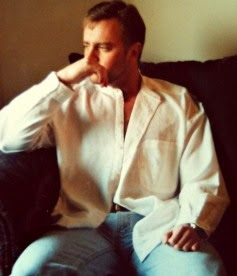 Lucas Astor is from New York, has resided in Central America and the Middle East, and traveled through Europe. He lives a very private, virtually reclusive lifestyle, preferring to spend time with a close-knit group of friends than be in the spotlight. He is an author and poet with a penchant for telling stories that delve into the dark side of the human psyche. He likes to explore the evil that exists, not just in the world, but right next door behind a smiling face. Photography, making wine, and helping endangered species are just some of his interests. Lucas is an expert archer and enjoys jazz, blues, and classical music. One of his favorite quotes is: “It’s better to be silent than be a fool.” ~Harper Lee (To Kill a Mockingbird)

My Review:
I admired the attention the co-authors paid to historical detail and references. Examining characters, fashion, architecture, events, even collegiate life at Harvard and Radcliffe, and the underside of New Orleans culture (voodoo and brothels), brought this long-gone era to vivid life. These authors are quite talented at portraying character evolution, or as is the case here, character devolution. I didn't like some of the characters, but their actions and motives certainly did garner and maintain my attention. From the first introduction of Magnus Blackwell as a Harvard freshman, I thought that if only he had been born a century earlier he could have been a charter member of the Hellfire Club. Indeed, the novel's tag line reads: "Hell has a new master," and Blackwell certainly seems to have set out to be just that. But then, his life was the ruination of several other characters, so maybe he should be considered a Pied Piper, affecting adults rather than the children of Hamelin. Certainly if nothing else, his character is memorable, and so are those of Jacob O'Connor, the young student Magnus "adopts" as his pet protege (oh, how well Jacob learned), Oscar Wilde, the infamous English author, a New Orleans voodoo high priestess and brothel owner who ranks right up there with the late Marie Laveau, and all the secondary characters Magnus and Jacob manage to affect. The close attention to detail keeps the reader engrossed, whether or not said reader finds the characters admirable. Like viewing a train wreck, we can't turn away.

This is a rafflecopter giveaway hosted by Partners in Crime Virtual Book Tours for Vesuvian Books. There will be 2 winners of one (1) Amazon.com Gift Card each. The giveaway begins on February 1, 2019 and runs through April 1, 2019. Void where prohibited.

Posted by The Haunted Reading Room at 10:00 AM